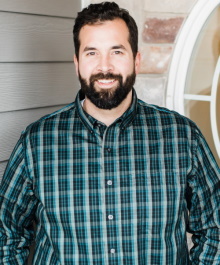 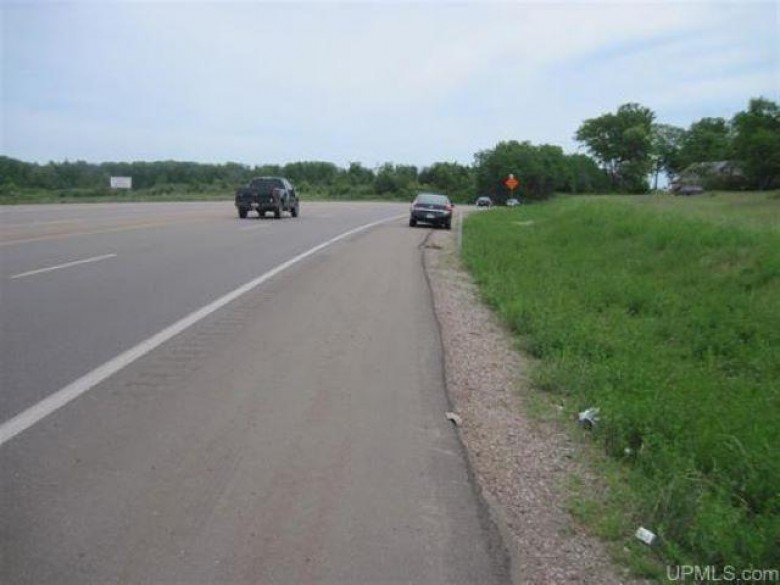 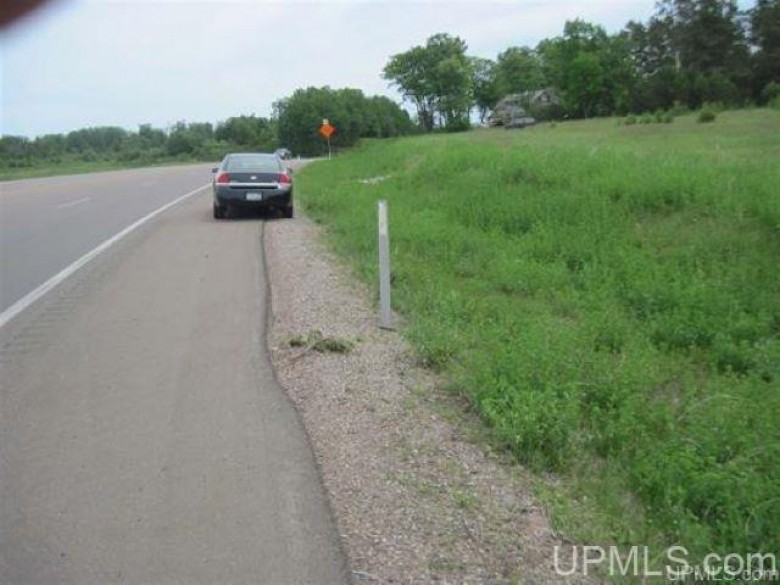 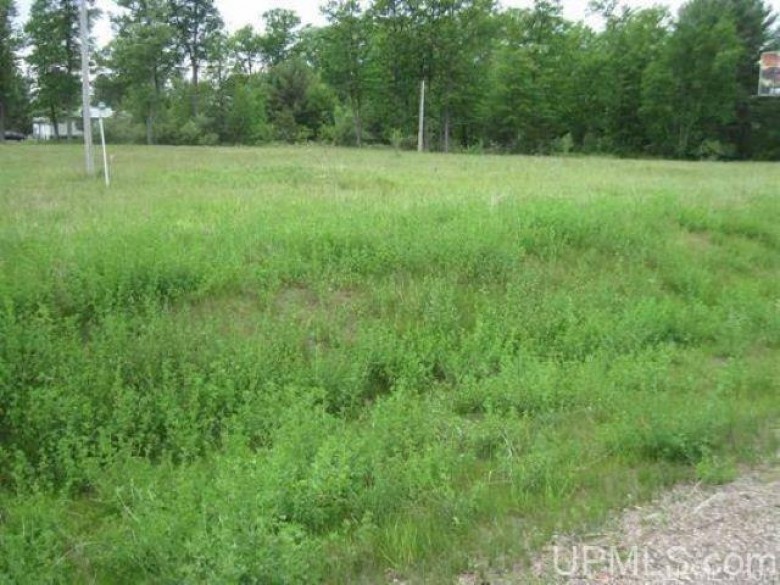 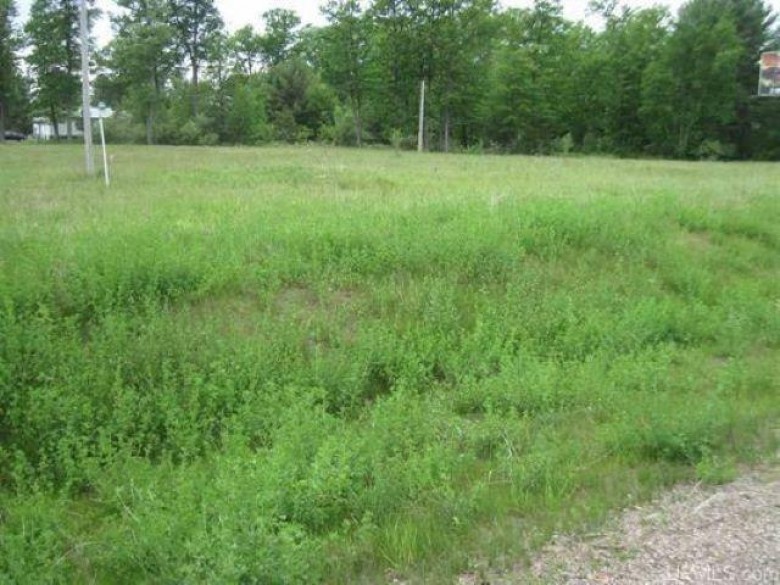 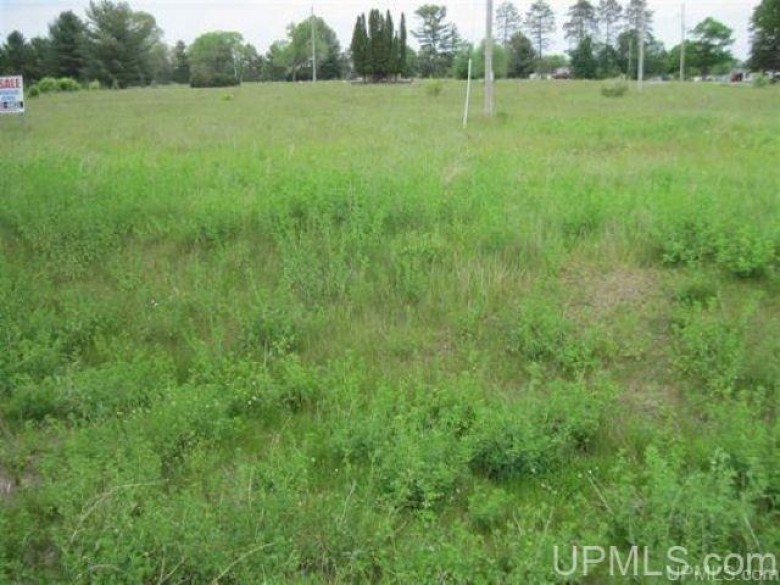 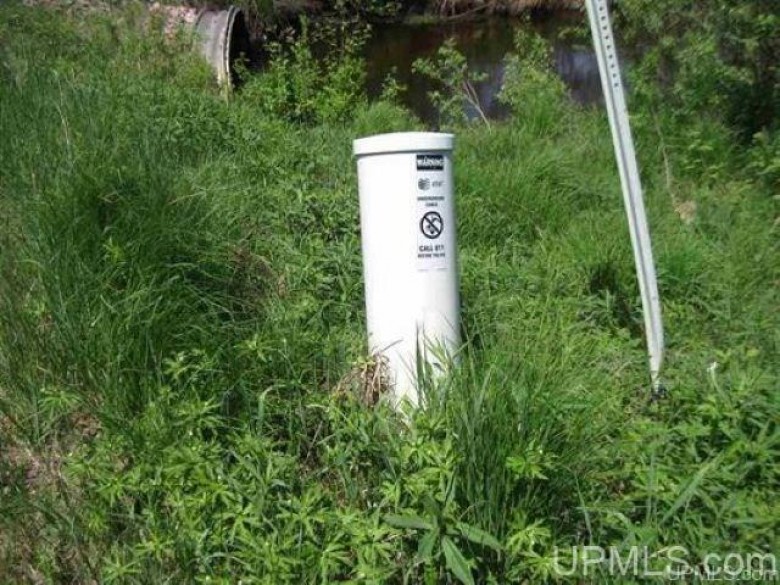 MICHIGAN COMMERCIAL PARCEL FOR SALE! This Upper Peninsula of Michigan Commercial Parcel is located in the City of Iron Mountain, in the South-Western part of Dickinson County. Iron Mountain dates its conception back into 1878, when John Friedricks and his men discovered ore on the northwest side of the bluff that is known as Millie Hill, today. This vein was later proved to be a branch of the main Chapin Vein, discovered in 1879 by Captain John Wicks. This vein became one of the richest ore deposits discovered anywhere in the world. A 40-Acre town site was Platted just after the Civil War, around 1879. It was Incorporated as a Municipality in 1887, and the community adopted a name symbolic of its growth - Iron Mountain. In 1891 the City was named the county seat of Dickinson County and in 1899 it was Incorporated as a City. The county is bordered on the south by the swift flowing Menominee River which courses along high, jagged cliffs and separates the Upper Peninsula from North-Eastern Wisconsin. This river offers 118 miles of recreational fun! The Menominee River State Recreation Area encompasses 7,652 acres of land in Dickinson and Menominee Counties, Michigan, and Marinette County, Wisconsin. The Piers Gorge Unit in the north, Quiver Falls Unit, and Pemene Falls Unit in the south combine to create 17 miles of undeveloped river corridor with both rocky gorges and wide open stretches that offer opportunities for whitewater rafting and kayaking, as well as hunting, fishing and wildlife viewing. Fishing here includes Walleye, Trout, Large and Smallmouth bass, Perch, and Muskies. Salmon make spawning runs up the river and in the Fall Whitefish and Sturgeon are abundant. You can even Ice Fish on the river for Walleyes and Panfish! Iron Mountain offers year-round indoor and outdoor recreation and sight seeing of every kind!! The Nicolet National Forest has Several Rustic Camp Grounds and are a few miles southwest of Iron Mountain. The Cornish Pumping Engine which was used to dewater the Chapin Iron Mine, considered one of the greatest iron mines in the world is located at the Iron Mining Museum on Kent Street, Iron Mountain. The 1,808 acre Fumee Lake Natural Area with two lakes providing 5 miles of shoreline and 11 miles of trails for hiking, biking, cross-country skiing, is just east of Iron Mountain. The 350-Foot deep Millie Mine Bat Cave, which is home to one of the largest known colonies of hibernating bats in North America (from 5 States and Canada) - is just outside of downtown Iron Mountain. The bats leave the mine in April and return in September - so there are only two Autumn months of viewing times. Also check out the 51-Acre Lake Antoine Park located just east of the City of Iron Mountain, along the east shore of 748-acre Lake Antoine - The Twin Falls Dam and Backwaters located 3 miles North of Iron Mountain - The Hydraulic Falls Dam and Backwater located 2 miles South of Iron Mountain - and The ... Continued In Addendum

Ask a question or request a showing

Information believed accurate, but not warranted.

The material at this site is provide solely for informational purposes and does not constitute an offer to sell, rent or advertise real estate outside the state of Wisconsin. First Weber is not making any warranties or representations concerning any of these properties including their availability. Information at this site is deemed reliable but not guaranteed. All property search information, whether by criteria or by map search, is provided as a guide only and may include discrepancies. First Weber shall not be held responsible for any discrepancy and/or will not be liable for any damages of any kind arising from the use of this site, including but not limited to direct, indirect, incidental, punitive, and consequential damages. The information on this site has not been verified by agency or company. You expressly agree that your use of this site is at your sole risk.

First Weber Realtors is the most comprehensive source for Wisconsin and Upper Michigan real estate.

First Weber Realtors is headquartered in Madison, WI and has more than 70 office locations and nearly 1,400 real estate professionals serving Wisconsin and Upper Michigan, and with services available in Minnesota.